Opioid overdoses occur when there is an overwhelming amount of opioids in the body resulting in shallow or no breathing. When Narcan is administered it supports breathing until EMS arrives for further medical intervention. Narcan and Narcan training is provided to you free of charge by the Central Region Addiction Resource Center. Anyone who use opioids can experience an overdose at any time. When a person survives an opioid overdose, it’s because someone knew what was happening and how to take action.

Call 911 immediately if you think someone is experiencing an opioid overdose.

Narcan saves lives. Let’s get this into yours. Get trained today!

Recently released data by the Center for Disease Control, shows that drug overdose deaths reached a record high of 93,331 in 2020. While these estimates are not final, this is more than 20,000 deaths above the previous high in 2019 and the largest single-year percentage increase on record since 1999. NYS overdose deaths increased over 30% in 2020 alone.  The rapid increase was driven by the presence of fentanyl as well as pandemic-related barriers including access to adequate care. Officials said the increase was driven by the lethal prevalence of fentanyl as well as pandemic-related stressors and problems in accessing care.

How to recognize an overdose 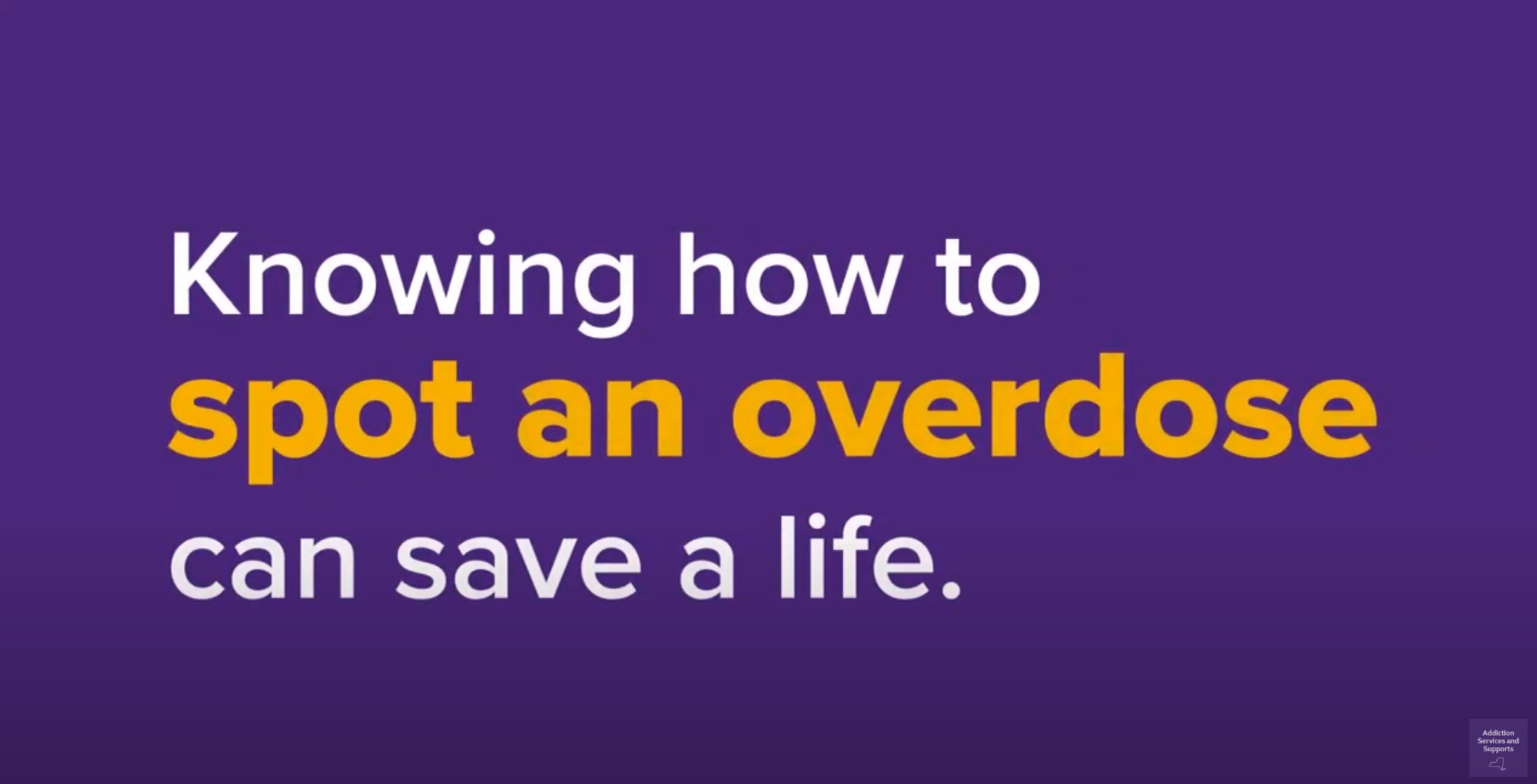 An opioid overdose happens when a person takes too much of an opioid, or combination of opioids and other drugs, at a level that is toxic to the body. Sometimes it can be hard to tell if a person who is using opioids is just very high, or actually experiencing a life-threatening overdose. If you are unsure, it is best to assume there is an overdose — you could save a life. Signs of an overdose include:

BRiDES/MCCASA is certified as an Opioid Overdose Prevention Program that is recognized by the Office of Addiction Services and Support Services (OASAS). The certification allows for BRiDGES/MCCASA (and the Central Region Addiction Resource Center) to provide training to the community on how to recognize respond appropriately to an overdose. The appropriate response to an opioid overdose includes calling 911 and administering naloxone (Narcan), an opioid antagonist that reverses an overdose’s potentially life-threatening consequences.

For more information about each location, click on the place marker.

BRiDES is certified as an Opioid Overdose Prevention Program that is recognized by the Office of Addiction Services and Support Services (OASAS). The certification allows for BRiDGES (and the Central Region Addiction Resource Center) to “provide training to individuals in the community on how to recognize an overdose and how to respond to it appropriately. The appropriate responses to an opioid overdose include calling 911 and administering naloxone (Narcan), an opioid antagonist which reverses the potentially life-threatening consequences of an overdose.”

Harm reduction is a set of practical strategies and ideas aimed at reducing negative consequences associated with drug use. Harm Reduction is also a movement for social justice built on a belief in, and respect for, the rights of people who use drugs.

We utilize harm reduction strategies everyday without even realizing it!

Opioids are a class of drugs that include the illegal drug heroin, synthetic opioids such as fentanyl, and pain relievers available legally by prescription, such as oxycodone (OxyContin®), hydrocodone (Vicodin®), codeine, morphine, and many others.

What is an overdose?

According to the CDDC, nearly 841,000 people have died since 1999 from a drug overdose. Over 70% of drug overdose deaths in 2019 involved an opioid. Opioids are substances that work in the nervous system of the body or in specific receptors in the brain to reduce the intensity of pain.

An opioid overdose happens when a toxic amount of a drug, or combination of drugs overwhelms the body.

When an overdose occurs due to an Opioid, Opioids fit into specific receptors in the brain that relax breathing. During an overdose, breathing can be dangerously slowed or stopped, causing brain damage or death. It’s important to recognize the signs and act fast.

According to the CDC, for every drug overdose that results in death, there are many more nonfatal overdoses, each one with its own emotional and economic toll. This fast-moving epidemic does not distinguish among age, sex, or state or county lines.

Deterra is on a mission to prevent drug abuse and protect our environment through safe, permanent disposal of unused prescription and over-the-counter medications. The Deterra Drug Deactivation and Disposal System is the only product that is independently tested and scientifically proven to destroy drugs for good. Our patented, easy-to-use drug disposal system can be used at home or in a clinical setting to safely destroy unused or expired medications, making them unavailable for misuse and safe for disposal in the normal trash.

An opioid overdose happens when a toxic amount of a drug,
or combination of drugs overwhelms the body.

When an overdose occurs, Opioids fit into specific receptors in the brain that relax breathing. During an overdose, breathing can be dangerously slowed or stopped, causing brain damage or death. It’s important to recognize the signs and act fast.

NARCAN (Naloxone HCI) is a nasal spray that reverses opioid overdoses. It’s easy to use, and it can save someone’s life.

Please remember: before you administer NARCAN, you need to call 911. Sometimes it takes more than one dose to reverse an overdose, and medics need to provide additional aid.Naloxone, also known by the brand name Narcan®, is a drug created to reverse opioid overdose. It can quickly restore normal breathing and save the life of a person who is overdosing on opioids, like heroin or prescription pain medicines.

Signup for our newsletter and stay up to date with
events, news, education, and advocacy!